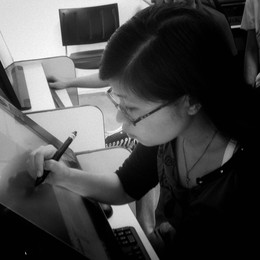 Kristine Petilla is an aspiring artist from California who is influenced by film and animation. She studied in the Philippines at De La Salle - College of Saint Benilde where she graduated October 2015 with a honorable mention. Her grad film, Gone With the Hare, won "Best Animation for Children" in the Benilde Animation Festival 2016.

Kristine is also a talented animator where she won "Best Technique" for her work The Amazing Transforming during iAniMagic 2015 and was the second runner-up in the iAniMagic 2016 for her work Stuffin'. Kristine previously did freelance work on Upwork.com, doing animated projects for various clients. She is currently working as a Junior Production Artist for Drissi Advertising while developing independent projects in her spare time.